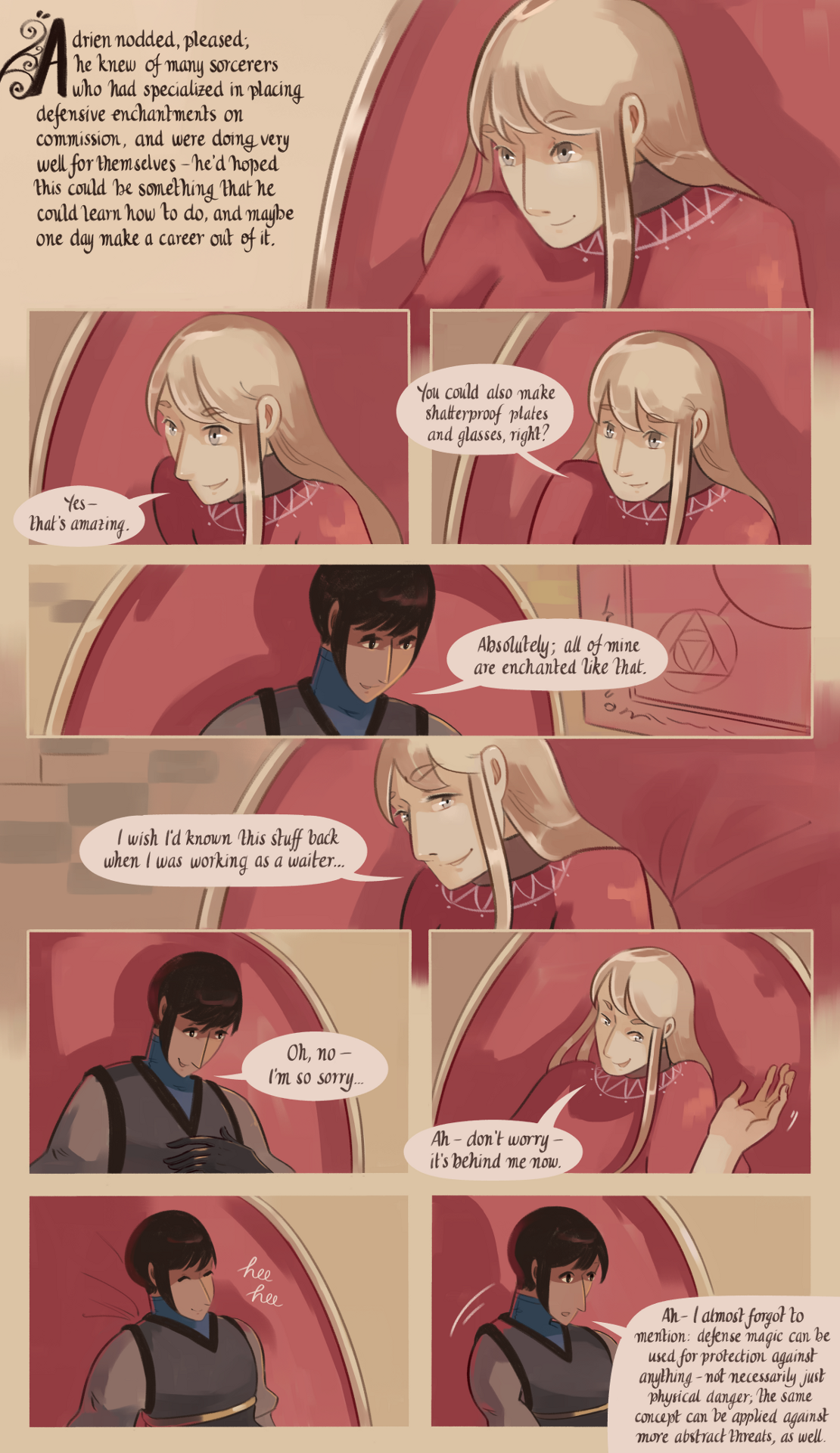 Looks at the past, looks at the future, and tends to forget about the present. That's Adrien for you.

Also, for what he's implying here, it’s not like he broke an extraordinary amount of plates at his job - he's more so saying that, for his own peace of mind, it would have been better if he'd known how to make them unbreakable. We'll get to hear more about this part of Adrien's past in time.