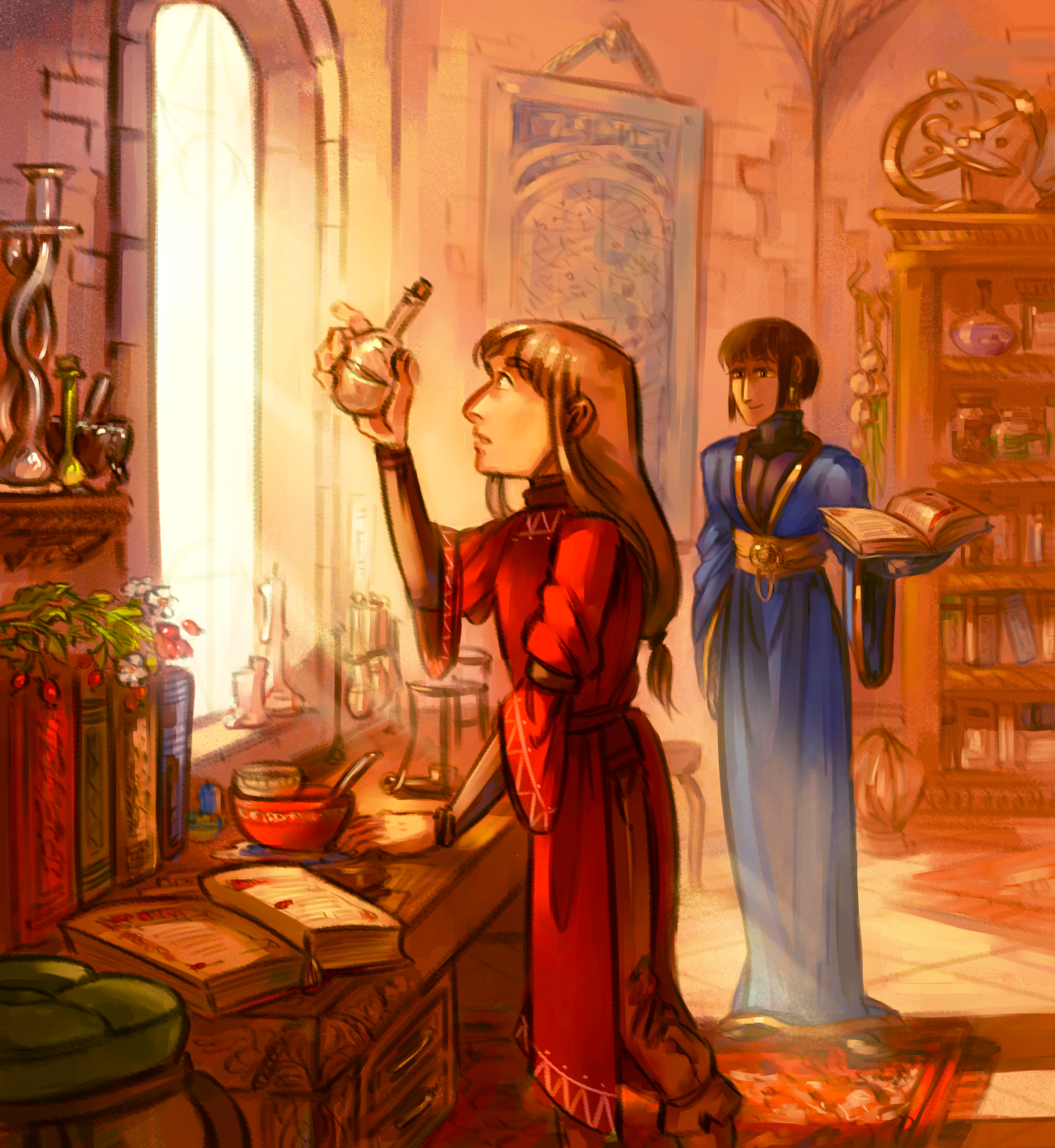 I thought to post something here in the meanwhile that I'm still working on the next update. I did say earlier that the coming update is the big deal update, and how right I was - it's also the longest we've ever had, at 19 pages, which is more than double my average update. So that explains why the between-chapters wait has been a bit longer than usual. I'm working on finalizing the pages, though, so the next update should not be too far.

In the meanwhile, here is a big illustration of the alchemy laboratory. I'd made this before Chapter 15 as, I suppose, concept art... feels weird to use that word when I'm talking about a fully rendered piece though.

By the way, more bonus and development artwork like this is available (and neatly organized) on the Extras site. See there if you want to wonder if I draw anything else but these characters! The Extras site also hosts a text version of the comic, which is my novel-like manuscript before I storyboard it. You can listen to the text version with a screen reader, so you can read this comic even if you can't see. The text version can also be used to listen to the comic while viewing the pages, or any mix of the two.

My wife Denise has also done some excellent updates to the comic site that help it run better, and I've cleaned up some things around the bottom sidebars. Most notably, The Gifts of Darkness is now also available on Tapas as a mirror version.

Also, I wasn't able to go to SacAnime last January due to illness (not the plague - don't worry, I'm fine now), but the sidebar now says I should be at Sac Comic-Con on March 13. I say it like this because that's the last of the conventions I'd applied to back in 2019 and I no longer remember how many times it was postponed, and who ever knows what things are going to be like in a month from now, so I'm cautiously announcing my participation.

See you with the next update.